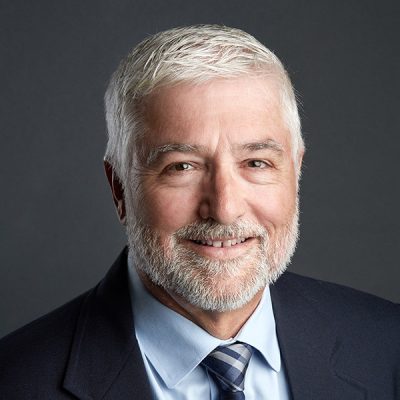 Here at St. Francis Solanus, we have been blessed with the talents of Mike Holbrook, who is retiring as our Director of Religious Education after more than four years in the role. Mike has been involved with the Rite of Christian Initiation of Adults (RCIA) process for more than 30 years, both here and at his previous parish. He took on a more significant role at our parish when then-DRE Carol Seifert got sick. Sadly, Carol passed away in late 2017. In early 2018, the position for DRE was open, and Mike thought he’d throw his name in the hat.

Mike’s love for teaching the faith made him enthusiastic about this opportunity. He had retired from his position at FedEx in 2014 and was working for a church missalette printing and publishing company.

“I had experience teaching adults, so I thought maybe I could work with kids too,” he says. “I figured if it’s God’s will, then fine.”

It was God’s will, and Mike served as DRE since February 2018. Mike has now stepped away from this beloved position, and his last  day as DRE was May 31. However, he hopes to continue helping with the RCIA process.

“It’s so fulfilling to walk with someone on their faith journey,”

“It’s so fulfilling to walk with someone on their faith journey,” Mike says. “I had already experienced that at RCIA. I look forward to continuing to watch adults experience that.”

During his time at St. Francis Solanus, Mike has coordinated the Parish School of Religion, sacramental preparation, and the Safe Environment program.

“I’ve enjoyed bringing the kids along in their sacramental formation,” Mike says. “It’s been a lot of fun getting to know the grade school kids and seeing the excitement on their faces as they get closer and closer to receiving sacraments.”

Mike will miss getting to know the students and his proximity to the church and the Adoration Chapel. But he’s looking forward to more time with his wife, Sue, and their own four children and 10 grandchildren. Sue is the Business Manager at St. Francis Solanus.

“I’ve been able to go into the church anytime I wanted or visit the Blessed Sacrament,” Mike says. “I won’t be able to do that anymore.”

Mike also looks forward to having more time to read and fish, and to engage his love of astronomy and looking at planets — he won’t have to worry about staying up too late anymore!

“I pray for the next person who takes this position. I’m looking forward to some new energy and a new vision.”

In addition, Mike serves as an usher and Extraordinary Minister of Holy Communion at St. Francis Solanus. He will continue to serve with those ministries.

“I always tried to give it 100 percent,” Mike says. “I pray for the next person who takes this position. I’m looking forward to some new energy and a new vision.”