From Our Pastor: Fourth Sunday of Lent 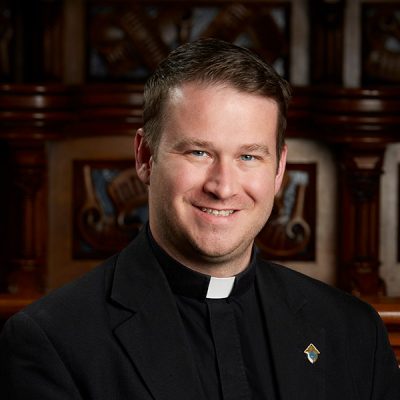 This weekend’s readings are familiar, while spectacular, but not easy. Their wandering in the desert has ended and therefore so has the manna that provided them food for the journey to the promised land. This is what we call the Eucharist, the new manna, called food for the journey. The Eucharist is food for the journey to the promised land of heaven. Having this great gift is a foretaste of heaven just like the manna was a foretaste of the promised land. A land flowing with milk and honey, the manna tasted sweet like honey. The Eucharist is the foretaste of heaven. As we receive the body, blood, soul, and divinity of Jesus Christ we receive the real presence to long for the day we are brought IN to the presence of God. Once we reach the promised land, we won’t need the real presence as we are in the real presence; just as the manna ended, but instead we are eternally present for the Mass in heaven in a new and full and real way that the Mass here on earth prepares us to be ready.

The second reading and the gospel though this weekend say that for us to receive the manna, we must be reconciled with God. Christ has reconciled us to the Father, we just must open our hearts to receive that gift that is freely given in baptism and renewed in the gift of confession. Through Christ’s reconciliation and the gift of baptism we are made heirs. This familiar story of the prodigal son isn’t just about being reconciled with God, but it is about being heirs, good heirs. Neither heir in this gospel was good. The one heir demands his inheritance now, which means he wished his father dead and demanded what was freely given and what he was not noticing he already had. So often we are demanding from God something when He has already freely given it, but I want it in the way I want it. The son that demanded the inheritance already had everything that the father had, all he had to do was ask and it was his. But instead he demanded and took and squandered. BUT this isn’t the only heir that is an issue. The other son received his inheritance, but he was missing the fact that he already had all the father had already and all he had to do was ask; he received it, but wasn’t grateful for all he had, and had thought himself deserving and yet also didn’t think this was enough. The son who squandered ran back to the father, but in humility didn’t find himself worthy, yet the father declared him worthy and welcomed him home. The other son thought himself worthy and was angry when the father was merciful and demanded more. He had no humility but thought himself deserving.